Skip to main content
Home » What's New » When Should Your Child Have Their First Eye Examination? 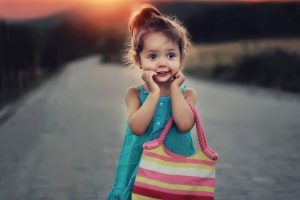 Your child needs to have their first eye exam by age four or five.  There are two especially important problems we look for at this age.  Amblyopia (“lazy eye”) must be detected at a very young age so it can be treated.   Children with amblyopia rarely complain about their vision (because one eye still works well) and they usually show no signs of problems to their parents.  We can treat amblyopia with eye patching therapy and/or eyeglasses at a young age, but treatment is generally  ineffective in children eight years or older. Amblyopia is often caused by a large imbalance in prescription between the eyes, normally from hyperopia (farsightedness).  It can also be caused by a slight misalignment between the eyes.  If there is a slight inward crossing of the eyes, one of the eyes will become amblyopia and will never see well unless we treat it at an early age.

The other problem we frequently see in young children is moderate or large amounts of farsightedness (hyperopia).  These children will often see 20/20 on a standard eye chart but they will suffer from problems with reading and sometimes headaches.  This problem frequently gets overlooked for many years because children often get screened with distance eye charts.  These children will pass a standard distance visual acuity screening but they will not perform at their best in school or with reading.

I have seen many children suffer for years with hyperopia and their parents thought they had no problems because they had seen well on a distance visual acuity chart.  I have also had very upset parents when I tell them their 12 year child will never see well out of one eye because of amblyopia, but that we could have treated this problem had the child been much younger.

We are certainly willing to see children younger than four if the parents are concerned about their eyes.  One  important condition I want to stress is it VERY important that we see a child if their eyes cross inward, even if it only happens occasionally.  We have see children as young as one or two with one inward crossing eye.  This is called esotropia or strabismus.  This is often caused by a large amount of farsightedness and often leads to permanent vision  impairment in one eye and permanent eye crossing unless treated early.  It is important to treat this as soon as possible, with excellent results in two -four year old children.

Some parents ask how can we measure the prescription in a young child.  We have invested in sophisticated equipment for this purpose.  We have two autorefractors, including a hand-held version that works very well with children to measure their prescriptions with  good accuracy.  We  also use retinoscopes to further evaluate their vision.  We have a computerized visual acuity chart called Acuity Pro, that uses randomized pictures that works well to determine the  visual acuity in young children.  We also sometimes use potent eye drops called cycloplegic agents that in conjunction with retinoscopy or autorefractors can give us a very accurate determination of prescriptions even in a two or three year old.

Request An Appointment
Dry Eye Clinic
All About Glaucoma

Please feel free to contact us if you have any questions.

An Optical Coherence Tomography scan (commonly referred to as an OCT scan) is the latest advancement in imaging technology.